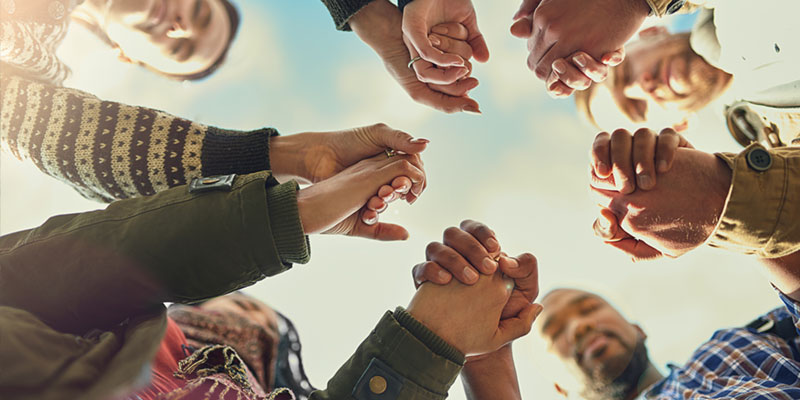 The word “unity” comes from a Latin root that means “one.” Unity can therefore be defined as the state of being one, or, more simply, as “oneness.” This quality of oneness is what Jesus desired for His church when He prayed “that they [His disciples] may all be one; even as You, Father, are in Me and I in You, that they also may be in Us, so that the world may believe that You sent Me” (John 17:21).

Jesus’s prayer was set against the backdrop of a world that was divided by racial and ethnic differences and stratified by economic disparities. He was praying that His church would model a different way of life than the culture.

It does not require an exhaustive survey of the headlines to confirm that our contemporary world is marked by the same kinds of divisions as the Greco-Roman world of Jesus’s day. Divisions seem to be a natural consequence of our fallen human nature. We just can’t get along. And the church has often done just as badly as unbelievers when it comes to fulfilling the dream of Jesus’s prayer for unity.

Let’s look, for example, at one of the most divisive issues in Jesus’s day; an issue that we still struggle with today — the problem of racism and racial tensions. In a question and answer time following a speech at Western Michigan University in 1963, Dr. Martin Luther King Jr. famously stated, “We must face the fact that in America, the church is still the most segregated major institution in America. At 11:00 on Sunday morning when we stand and sing and Christ has no east or west, we stand at the most segregated hour in this nation.”

King’s hope was that the church might one day awaken and assume a position of leadership in demonstrating how to overcome this problem and become a powerful example of unity. But we have made little progress. A recent study notes that 90% of American churches still draw 90% of their membership from only one ethnicity (Scot McKnight, A Fellowship of Differents, 19).

And it appears that most Christians don’t really see this as much of an issue. A 2014 study revealed that 67% of churchgoers are satisfied with their church’s efforts toward racial diversity (a summary of this study by Lifeway Research can be found at http://lifewayresearch.com/2015/01/15/sunday-morning-in-america-still-segregated-and-thats-ok-with-worshipers/).

We are confronted, therefore, with the reality that the church still has a long way to go on this issue if we are to reflect the oneness that Jesus modeled in His own life and ministry (this is to say nothing of other causes of disunity like denominational disputes).

In Ephesians 4:1-3, Paul’s request to the church he founded in Ephesus was to “preserve the unity of the Spirit in the bond of peace” (Eph. 4:3). Preservation is not something that happens without some effort. It is something we choose to do because we know that what we are preserving is vitally important.

When a curator in a museum speaks of preserving a masterpiece, he does not mean that they are hiring an artist to paint or sculpt a masterpiece. He means that a masterpiece already exists, but that steps need to be taken to keep it looking its best and save it for posterity. This might involve cleaning or restoring or strengthening the painting or sculpture, so that it can be displayed for others to see and enjoy. And when Paul speaks of preserving the unity of the Spirit, he is implying that we do not have to create unity out of nothing, but rather to receive and maintain the unity that is already present because of the presence of the Spirit.

According to Paul, this job of preserving unity means that the church must take up certain habits or disciplines that will help us to stay bound together in the Spirit. We do not need convocations or conferences or manuals on how to create unity, as much as we need to learn to treat each other with humility, meekness, and patience (Eph. 4:2).

This is what binds a community together; this is what creates the kind of peace that displays the power of the Spirit to overcome our differences. A community marked by these virtues (humility, meekness, and patience) is one doing the good, disciplined work of preserving the unity of the Spirit in the bond of peace by being conformed to the pattern of Christ’s life.

This article adapted from his Tony Evans Training Center course materials on The Kingdom Church. tonyevanstraining.org