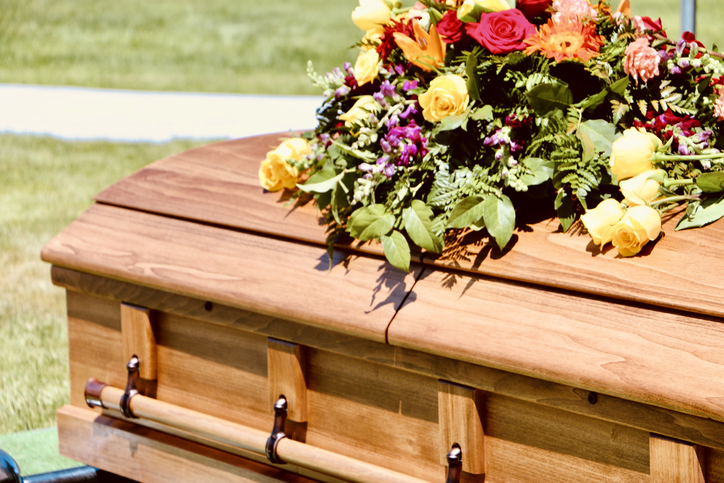 In a copy of his church newsletter, Pastor Vic Pentz of Atlanta’s Peachtree Presbyterian Church told about the time that then-Vice President George H.W. Bush represented the United States at the funeral of Soviet leader Leonid Brezhnev.

“Bush later told how he was deeply moved by a silent protest carried out by Brezhnev’s widow. She stood motionless by the coffin until seconds before it was closed. Then, just as the soldiers touched the lid, Brezhenev’s wife performed an act of great courage and hope, a gesture that must surely rank as one of the most profound acts of civil disobedience ever committed. In the midst of the funeral for the head of state of the Soviet Union, she reached down and made the sign of the cross on her husband’s chest.

“In this citadel of atheistic power, the wife of the man who had run it all hoped her husband was wrong. She hoped there was another life, and that that life was best represented by Jesus who dies on the cross.

“Today Christians around the world continue to bear witness to Christ in hostile environments, sometimes at great cost to themselves and their families. . . . They need our prayer and support.”