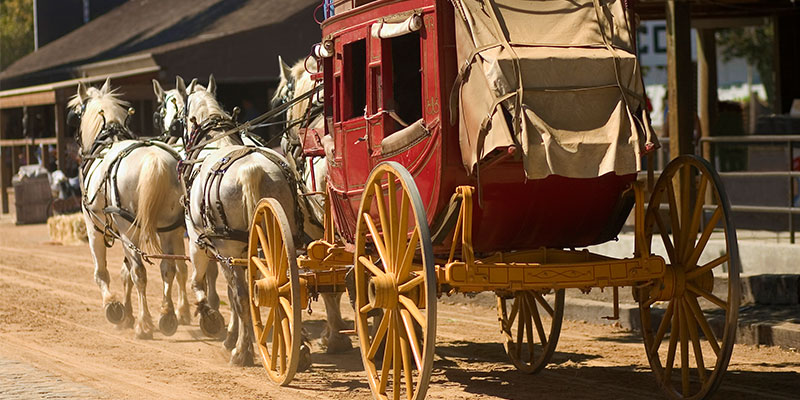 In his sermon “Glamour is not greatness,” Victor Pentz tells of attending commencement ceremonies at Stanford University when Professor David Kennedy was speaking “of the old West, wherein the regions where the railroad had not yet reached, people traveled by stagecoach. Stagecoach lines in those days offered three levels of ticket: first class, second class, and third class.

“If you bought a first class ticket, you were guaranteed (or your money back) you would arrive on time after a comfortable ride and have all the amenities. A second-class ticket guaranteed arrival, but also said that in case of difficulty en route – a mudslide that might have closed the road or a broken axle on the wagon – you might be asked to stand aside by the road for a period o time until the problem was fixed. A third-class ticket carried the stipulation that in case of difficulty, the holder of such a ticket would be expected to get out, go to the back of the coach and shove it through the mud, use a shovel, or lift the cargo out if need be.

“Then Professor Kennedy said, ‘Even though you have a first-class education from a first-class college, don’t take the first class or even the second class route through life.’ Go, third class. Get out and make things happen. Put your shoulder to the wheel. Do the heavy lifting, roll up your sleeves, spit on your hands and get to work. In fact, Jesus said that if you want to have a first-class life, the only way is to travel third class.” (from “Glamour is Not Greatness”)