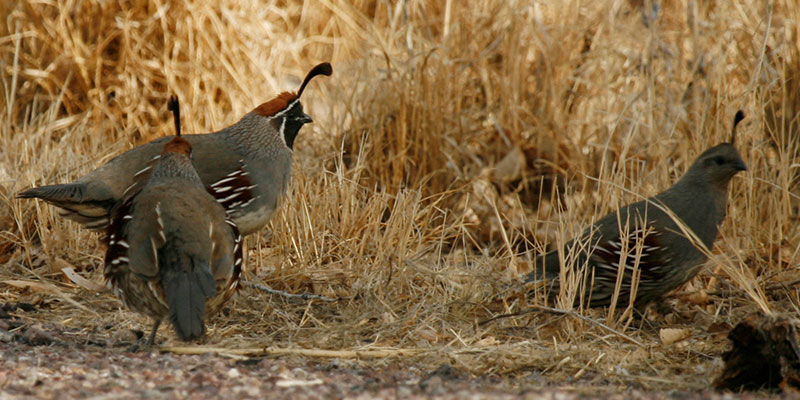 Chuck Swindoll writes: “A bazaar was held in a village in northern India. Everyone brought his wares to trade and sell. One old farmer brought in a whole covey of quail. He had tied a string around one leg of each bird. The other ends of all the strings were tied to a ring which fit loosely over a central stick. He had taught the quail to walk dolefully in a circle, around and around, like mules at a sugarcane mill. Nobody seemed interested in buying the birds until a devout Brahman came along. He believed in the Hindu idea of respect for all life, so his heart of compassion went out to those poor little creatures walking in their monotonous circles.

“I want to buy them all,” he told the merchant, who was elated. After receiving the money, he was surprised to hear the buyer say, “Now, I want you to set them all free.”

“You heard me. Cut the strings from their legs and turn them loose. Set them all free!”

With a shrug, the old farmer bent down and snipped the strings off the quail. They were freed at last. What happened? The birds simply continued marching around and around in a circle. Finally, the man had to shoo them off. But even when they landed some distance away, they resumed their predictable march. Free, unfettered, released … yet they kept going around in circles as if still tied.

Swindoll says, “Until you give yourself permission to be the unique person God made you to be … and to do the unpredictable things grace allows you to do … you will be like that covey of quail, marching around in vicious circles of fear, timidity, and boredom.” (Dallas Seminary Daily Devotional)