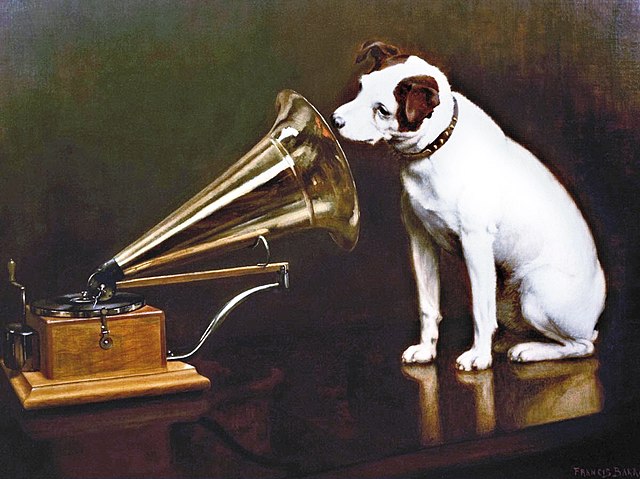 In a recent Turning Point Daily Devotional, David Jeremiah relates this story: During the mid-twentieth century, one of the most recognizable brand icons in America was a dog sitting in front of an old-time gramophone, head cocked, listening to the sound. That iconic image, owned by the RCA Victor record company, was taken from a painting by English artist Francis Barraud. The dog, Nipper, had been owned by Barraud’s brother who had recorded his voice on early phonograph records. After the brother died, Barraud inherited Nipper and the gramophone and records. Whenever the records with Nipper’s master’s voice were played, the dog would sit in front of the gramophone listening to his master’s voice.

That’s a beautiful image of the relationship between Jesus Christ and us. He has gone away from earth, so we can no longer hear His physical voice. But we sit in front of His Word, and kneel before Him in prayer, and listen for our Master’s voice. The Bible was given to be the voice of the Lord until He returns, and prayer is how we confirm what we believe He has spoken to our hearts. How easily can you pick out the Master’s voice from all others?

Listening for the Master’s voice is a sign of loyalty and longing — an indication that we are eager to hear and obey.