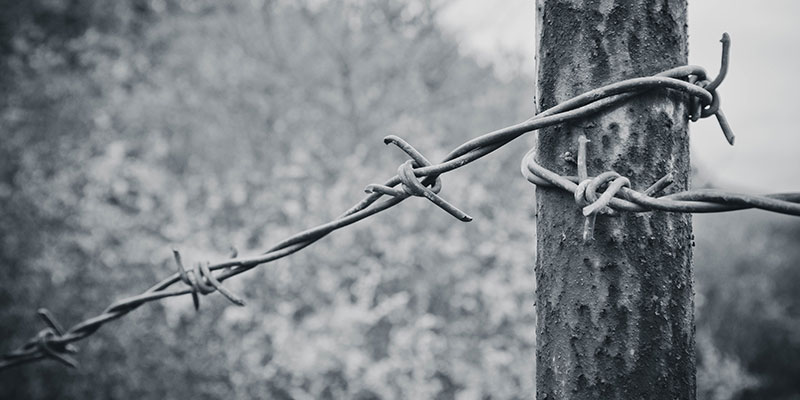 Many of you will recognize the name of Elie Wiesel, the renowned Jewish theologian and prolific author. In his book, All Rivers Run To The Sea, he tells of his family, living in Hungry during the dark days of the WWII. His family was waiting for their time to come, for the Nazis to arrive at their door and take them to a labor camp.

He tells about a peasant woman by the name of Maria. Maria was almost like a member of the family. She was a Christian. During the early years of the war she continued to visit them, but eventually, non-Jews were no longer allowed entrance to the ghettos. That did not deter Maria. She found her way through
the barbed wire and she came anyway, bringing the Wiesels fruits, vegetables, and cheese.

One day she came knocking at their door. There was a cabin that she had up in the hills. She wanted to take the children, of which Elie was one, and hide them there before the SS came. They decided after much debate to stay together as a family, although they were deeply moved at this gesture. He writes of her:

Dear Maria. If other Christians had acted like her, the trains rolling toward the unknown would have been less crowded. If priests and pastors had raised their voices, if the Vatican had broken its silence, the enemy’s hand would not have been so free. But most thought only of themselves. A Jewish home was barely emptied of its inhabitants before they descended like vultures.

I think of Maria often, with affection and gratitude, he writes, and with wonder as well. This simple, uneducated woman stood taller than the city’s intellectuals, dignitaries, and clergy. My father had many acquaintances and even friends in the Christian community, not one of them showed the strength
of character of this peasant woman. Of what value was their faith, their education, their social position, if it did not arouse their love. It was a simple and devout Christian woman who saved the town’s honor.