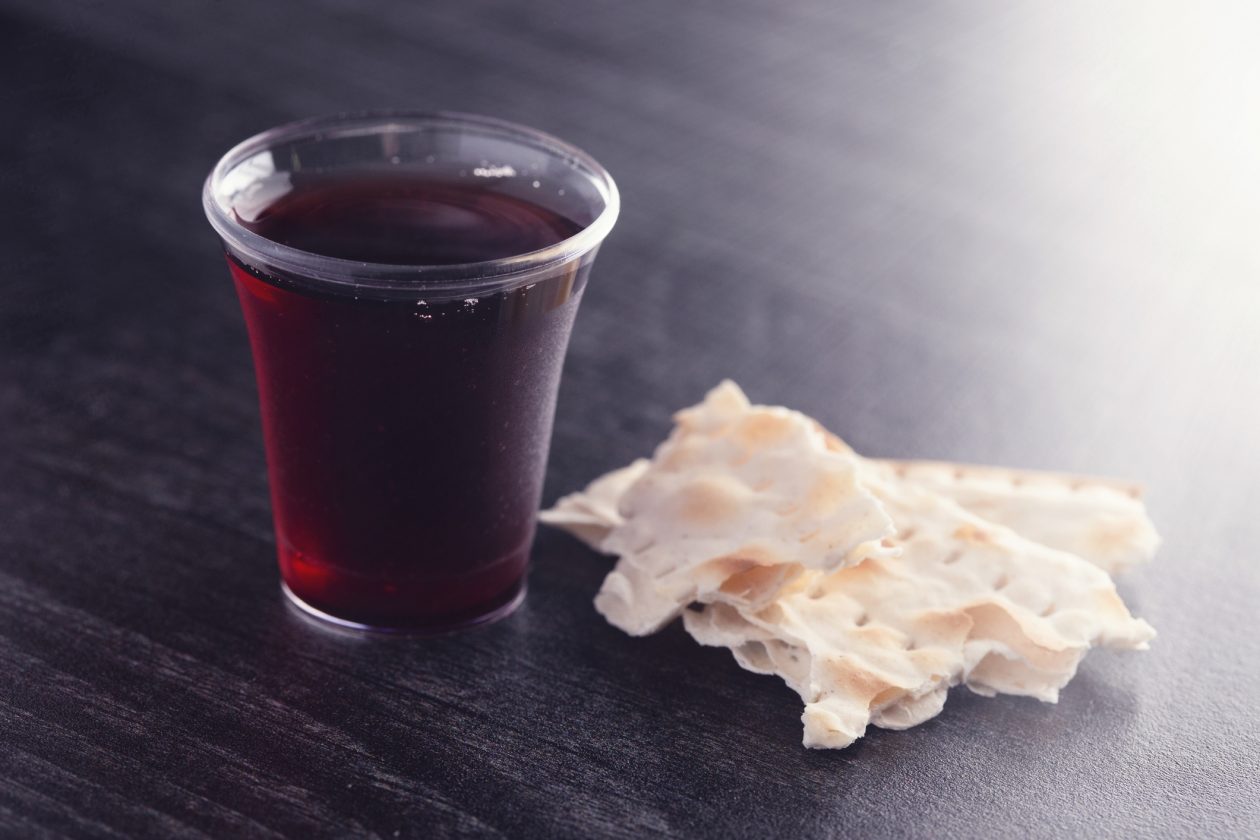 Sam O’Neal recalls the first time his entire family took communion together in a Baptist church where they were visiting: “After receiving the elements, we children tried our best to sit patiently and listen as the pastor described the meaning behind the ceremony. However, my younger brother always had a more difficult time sitting still, and so he began to play with his cube of bread. He rolled it around on his palm for a little bit, then tossed it back and forth between his hands. Soon, he started pinching it between his thumb and forefinger like a very small piece of Playdough.

”It was about this time that the pastor began to read from 1 Corinthians 11: ‘This is my body, broken for you.’ He then explained how the bread was actually the body of Jesus, and that we were to partake of this body in order to remember his sacrifice on the cross.

”My brother’s face went white. He became very still. With a horrified expression, he held out his hand toward my mother. On top of it was a very thin, very flattened piece of Communion bread. Whispering fearfully, he told her, ‘I … I squished him!’

”My brother’s experience notwithstanding, I am afraid that many Christians have become desensitized to the Communion experience.”