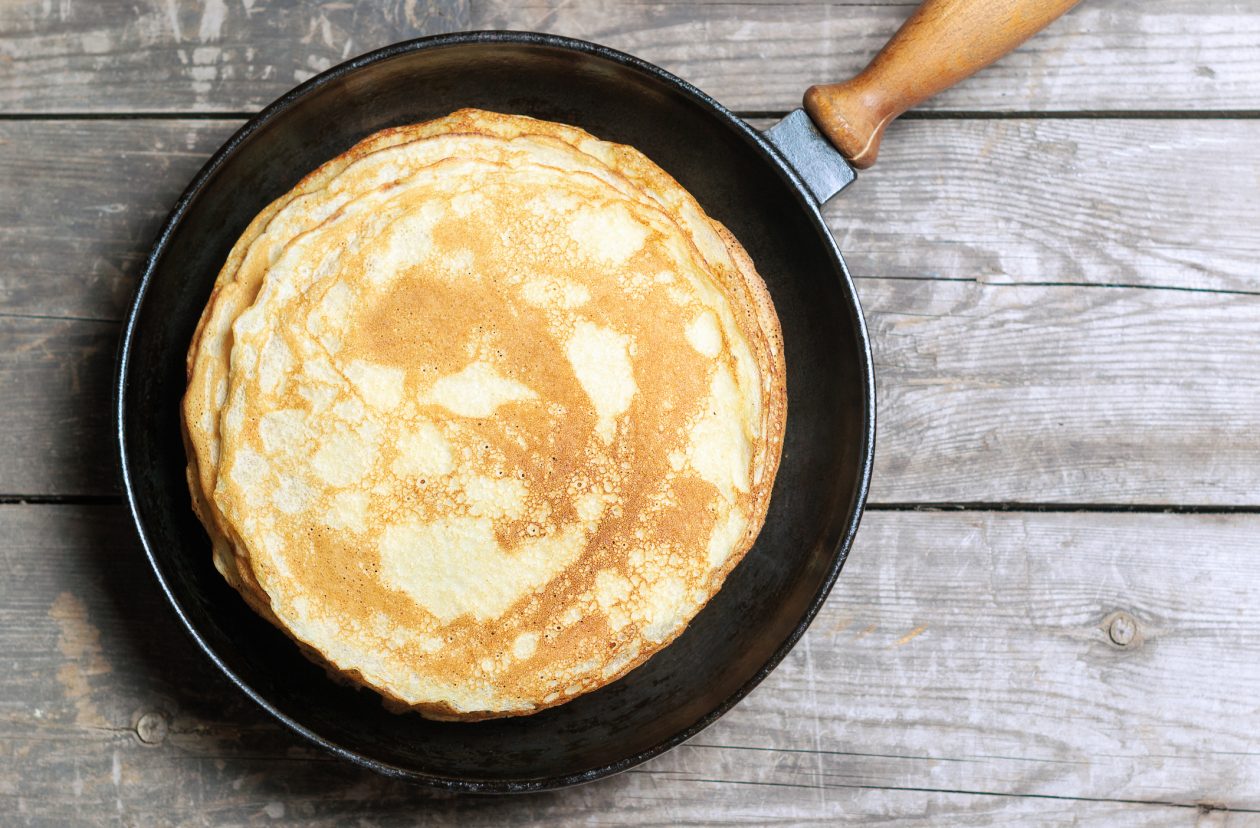 From the Sermons.com newsletter: A couple of years ago, the Associated Press carried a story about a woman in Olney, England, named Dawn Gallyot who defied snow and a biting wind to beat seven other women to the finish line in the annual Shrove Tuesday pancake race. In her first race, the 38-year-old schoolteacher made the 415-yard dash from a pub in the market square to the Church of St. Peter and St. Paul with a pancake and a frying pan in her hand in 73 seconds. That was 9.5 seconds slower than the previous year’s pace. Each woman must flip a pancake in the frying pan at the start and at the finish of the race. The record is 58 seconds. Mrs. Gallyot reportedly wore a traditional headscarf and apron but opted for modern running shoes.

Shrove Tuesday, known in England as Pancake Day, is traditionally the last day for merrymaking before the start of Lent. Pancakes are thought to be a good way to get in the eggs and fat that faithful church people were supposed to give up for Lent. Legend has it that the Olney race started in 1445 when a housewife, dashing to get to church on time, arrived at the service clutching in her hand a frying pan with a pancake still in it.

The pancake race is but one of many traditions that have grown up around the season of Lent. New Orleans’ Mardi Gras is another — one last blowout before a season of denial. Throughout the years, Lent has become associated with fasting and denial. Even today many people talk about giving up something during Lent. Some stop eating meat. Some give up coffee. For others it’s chocolate or desserts. And that’s all well and good, but the real intent of Lent is that should we look within. We should change our hearts and not our diets. (www.sermons.com)