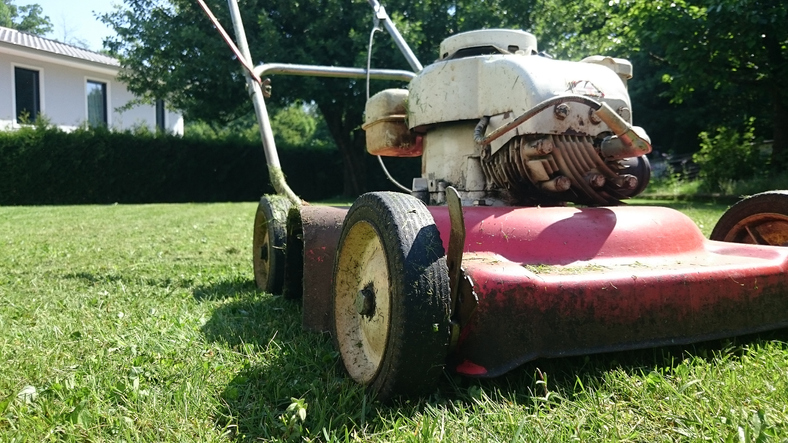 A preacher was making his rounds to his parishioners on a bicycle, when he came upon a little boy trying to sell a lawn mower. “How much do you want for the mower?” asked the preacher.

“I just want enough money to go out and buy me a bicycle,” said the little boy.

After a moment of consideration, the preacher asked, “Will you take my bike in trade for it?”

The little boy asked if he could try it out first, and, after riding the bike around a little while, said, “Mister, you’ve got yourself a deal.”

The preacher took the mower and began to try to crank it. He pulled on the rope a few times with no response from the mower. The preacher called the little boy over and said, “I can’t get this mower to start.”

The little boy said, “That’s because you have to cuss at it to get it started.”

The preacher said, “I’m a minister, and I can’t cuss. It’s been so long since I’ve been saved that I don’t even remember how to cuss.”

The little boy looked at him happily and said, “Just keep pulling on that string. It’ll come back to ya.”