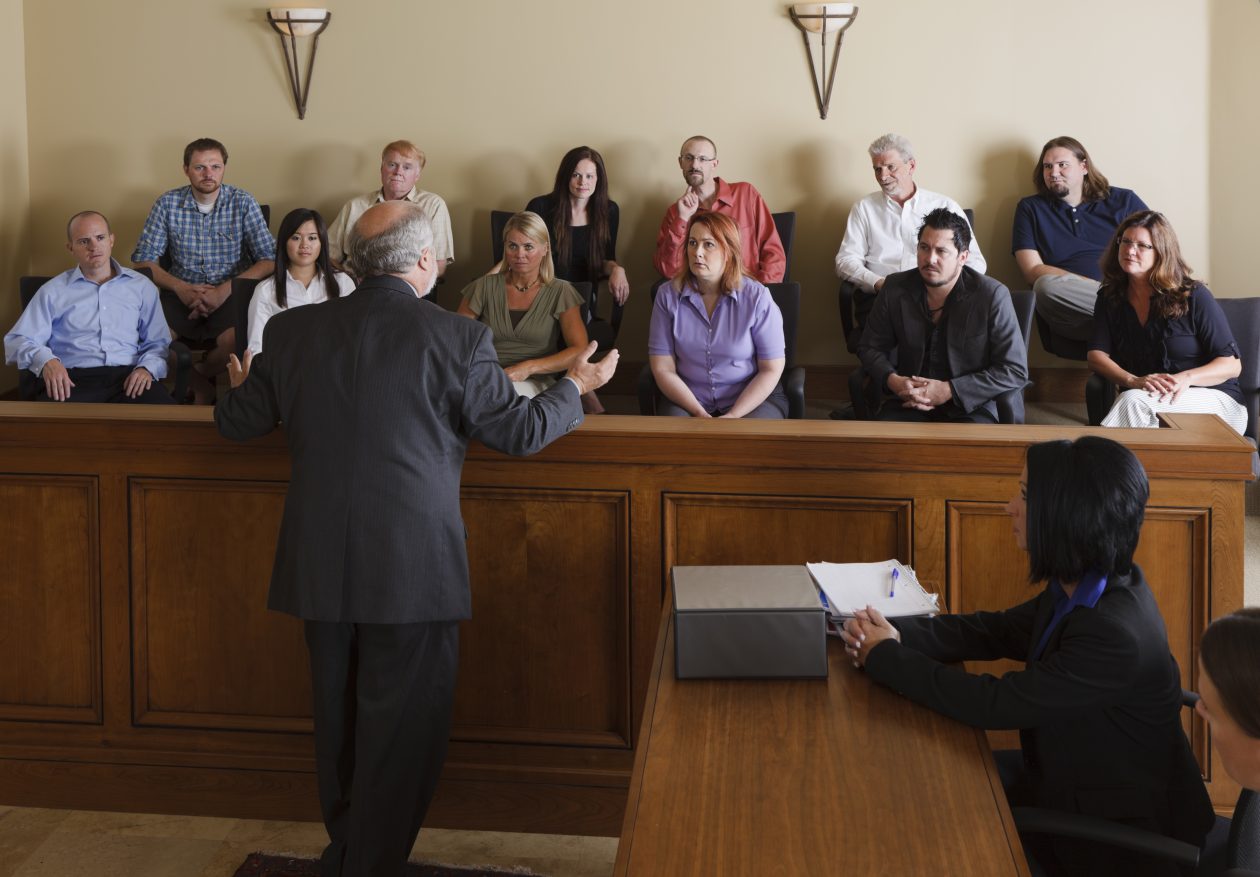 A defendant was on trial for murder. There was strong evidence indicating guilt, but there was no corpse. In the defense’s closing statement the lawyer, knowing that his client would probably be convicted, resorted to a trick.

“Ladies and gentlemen of the jury, I have a surprise for you all,” the lawyer said as he looked at his watch.

“Within one minute, the person presumed dead in this case will walk into this courtroom.” He looked toward the courtroom door. The jurors, somewhat stunned, all looked on eagerly. A minute passed. Nothing happened.

Finally the lawyer said, “Actually, I made up the previous statement. But, you all looked on with anticipation. I therefore put to you that you have a reasonable doubt in this case as to whether anyone was killed and insist that you return a verdict of not guilty.”

The jury, clearly confused, retired to deliberate. A few minutes later, the jury returned and pronounced a verdict of guilty.

“But how?” inquired the lawyer. “You must have had some doubt; I saw all of you stare at the door.”

The jury foreman replied, “Oh, we looked, but your client didn’t.”