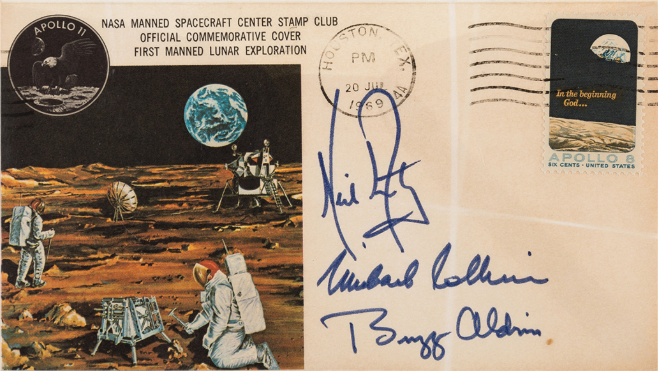 When Apollo 11 thundered towards the moon, the three astronauts didn’t have life insurance.  NASA wouldn’t offer it to them because their job was considered “high risk and experimental.”  Knowing that the possibility of death was significant, a unique solution called “insurance cover” was created.

The men signed hundreds of postal covers (cards & envelopes), which had all three signatures, and were then given to a trusted source.  They were then postmarked at the Kennedy Space Center post office on the day of the launch and/or the day of the moon landing.  The thought was these autographs would become valuable if they died on the mission and their families could sell them.  Each trip to the moon was handled the same way, and thankfully the “Apollo Covers” were never needed.  In November of 2018 one such cover sold for $35,000 at an auction in Dallas.  Problems offer opportunities for creative solutions. (Houston Chronicle, 6/4/19)