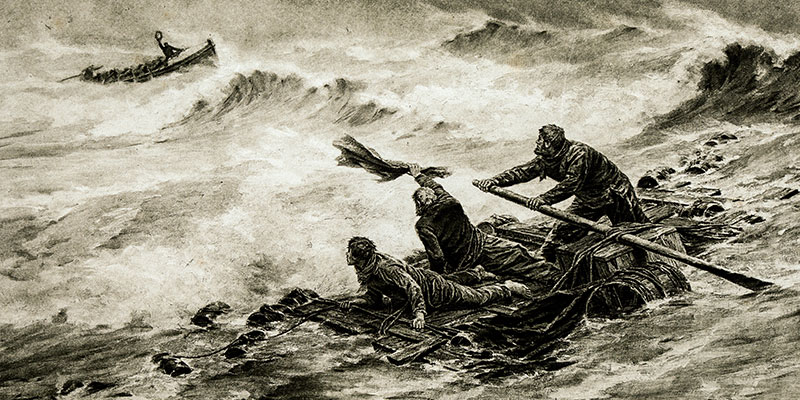 Taking a Risk for a Lost Life

In Kon-Tiki: Across the Pacific by Raft, Thor Heyerdahl tells how he and a crew of five crossed the Pacific Ocean from South America to the South pacific Islands on a crude raft of balsa logs bound together with hemp rope. During the three-month journey in 1947, they had little control of the direction of the raft and no way to stop its forward progress. They learned early in the voyage that anything dropped overboard was almost impossible to recover once it passed behind the raft.

Two months into the voyage and thousands of miles from land, Herman Watzinger lost his footing and went overboard. The raft, driven by a strong wind in heavy seas, moved ahead faster than he could swim. The five remaining men were horrified for their friend. They tried to throw him a life belt on a rope, but the wind blew it back at them. In seconds, Herman was all but lost to their sight in the tumble of waves.

Suddenly Knute Haugland grabbed the life belt and dove into the water. He swam back to Herman and wrapped his arm around him, holding his exhausted friend and the rope while the men on the boat drew them back to the boat.

Effective evangelism requires that someone risks and takes the gospel to the one who is lost.