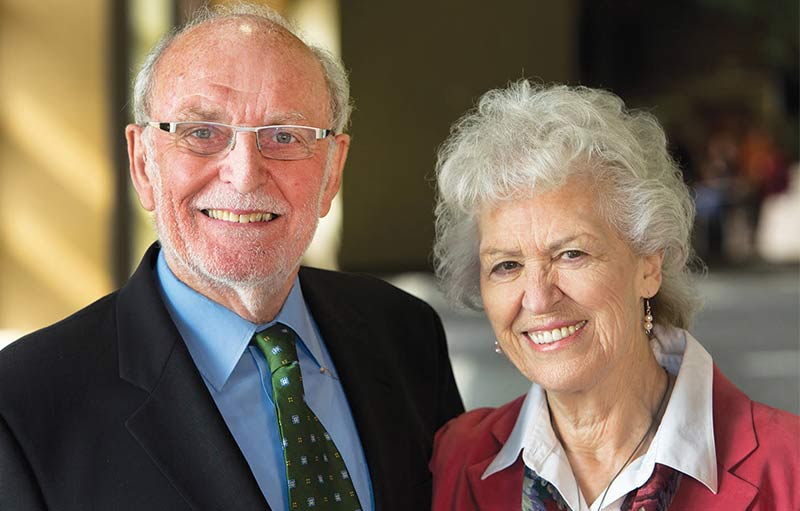 Stuart Briscoe was born in the north of England in 1930. After leaving school he embarked on a banking career, served in the Royal Marines during the Korean War, and at 17 years of age preached his first sermon. Since that time he has ministered on every continent, written more than 40 books, pastored a church for 30 years, and founded a media ministry called Telling the Truth which now broadcasts daily worldwide. He has been married to Jill for more than 55 years and has three children and 13 grandchildren.

Jill Briscoe was born in Liverpool England in 1935. Educated at Cambridge she taught school for a number of years before marrying Stuart and raising their three children. In addition to sharing with her husband in ministry with Torchbearers and in pastoring a church in the United Sates for 30 years, Jill has written more than 40 books, travelled on every continent teaching and encouraging, served on the boards of Christianity Today and World Relief, and now acts as Executive Editor of a magazine for women called Just Between Us. Jill can be heard regularly on the worldwide media ministry called Telling the Truth. She is proud to be called “Nana” by 13 grandchildren.