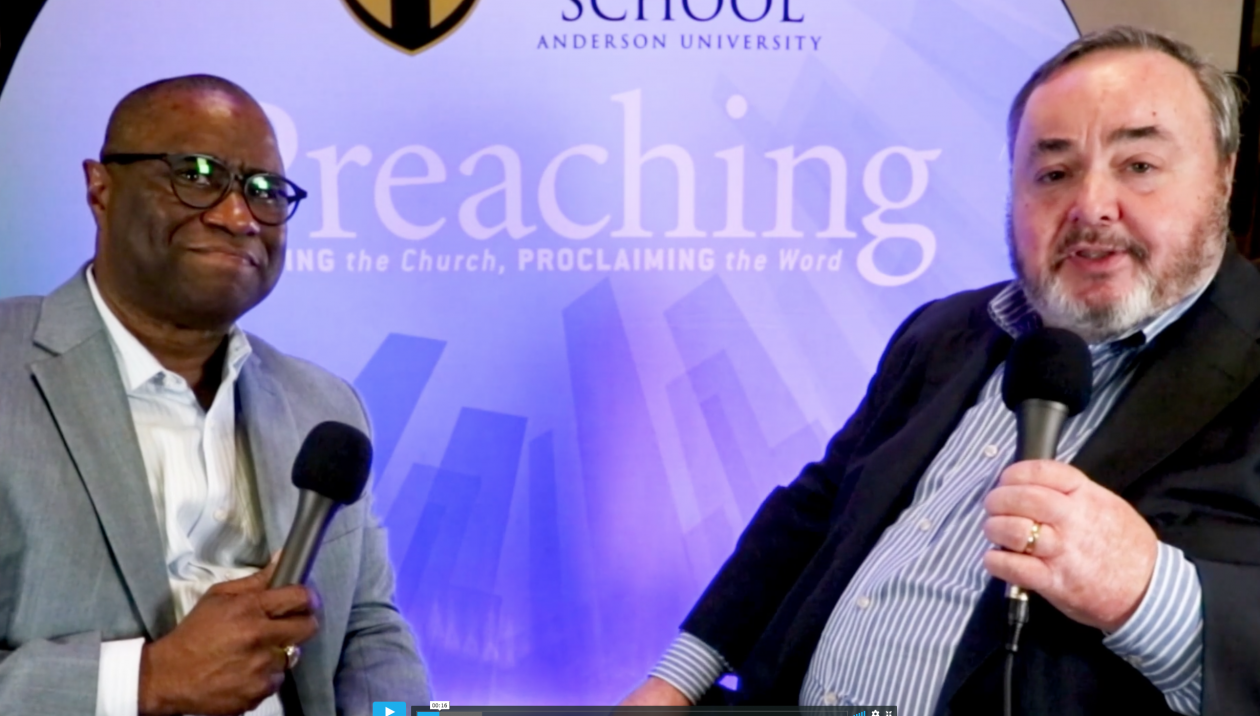 France Brown is the Ernest L. Mays Assistant Professor of Expository Preaching and Biblical Teaching at the College for Biblical Studies in Houston, Texas. He was recently interviewed by Preaching Executive Editor Michael Duduit.

Michael Duduit:         Welcome to Preaching Magazine video interview. I’m speaking today with France Brown who is the Mays Assistant Professor of Teaching at the College of Biblical Studies in Houston Texas. France thanks so much for visiting with me today.

France Brown:             I’ve been teaching for about 18 years at the College of Biblical Studies. I started out as a teaching assistant while I was at Dallas, so about three years of that, so that would be about 21 years of teaching all together.

France Brown:            I think it starts from the beginning. It starts from the beginning of the sermon development process. Not just once you’ve got the sermon, now how do I apply this. So it starts at the very beginning, you’re understanding of what preaching is. And then every phase, what I call phases of the sermon, you are looking towards how do you partner with the holy spirit to bring about change in people’s lives. One of those is to continuously look for how you can effect that change. Two is to never for get the audience. That you consider this deftly or deadly serious that life and death hangs in the balance for them if they don’t respond according to how the scripture say they should respond.

France Brown:             Yes and no. I think the times have changed in the sense that there so much information out there, there’s so many sermons out there, so people can actually simply go on line and then mimic a sermon. So there is the challenge to convince them that God said, “Preach the word.” Not preach what somebody else said. So yes and no, and it’s been good and bad. The main thing I’m trying to get across is, if God called you to preach the word, then you preach the word, not the commentary. You preach the word, not necessarily what your pastor or the most popular preacher at the moment has said. That God has given you a voice to preach and so that’s the main thing I’m trying to convince them to do. That God has given you a voice. There are people he has given an ear for your voice and your job is to minister that not to try to necessarily emulate somebody else.

Michael Duduit:          That’s good, that’s good. One last question, not only do you teach preaching but I know you preach. If you had one more sermon to preach, you knew it was your last sermon, what would it be?

France Brown:             One more sermon to preach and that it was my last sermon, it would probably be Colossians 1:28-29. Again the idea is I am proclaiming Christ for the definite purpose of producing life change and I would preach that to anyone who would listen and say that is what he has put us here for. That we ought to proclaim him admonishing every man, teaching every man with all wisdom so that we might present every man complete in Christ.