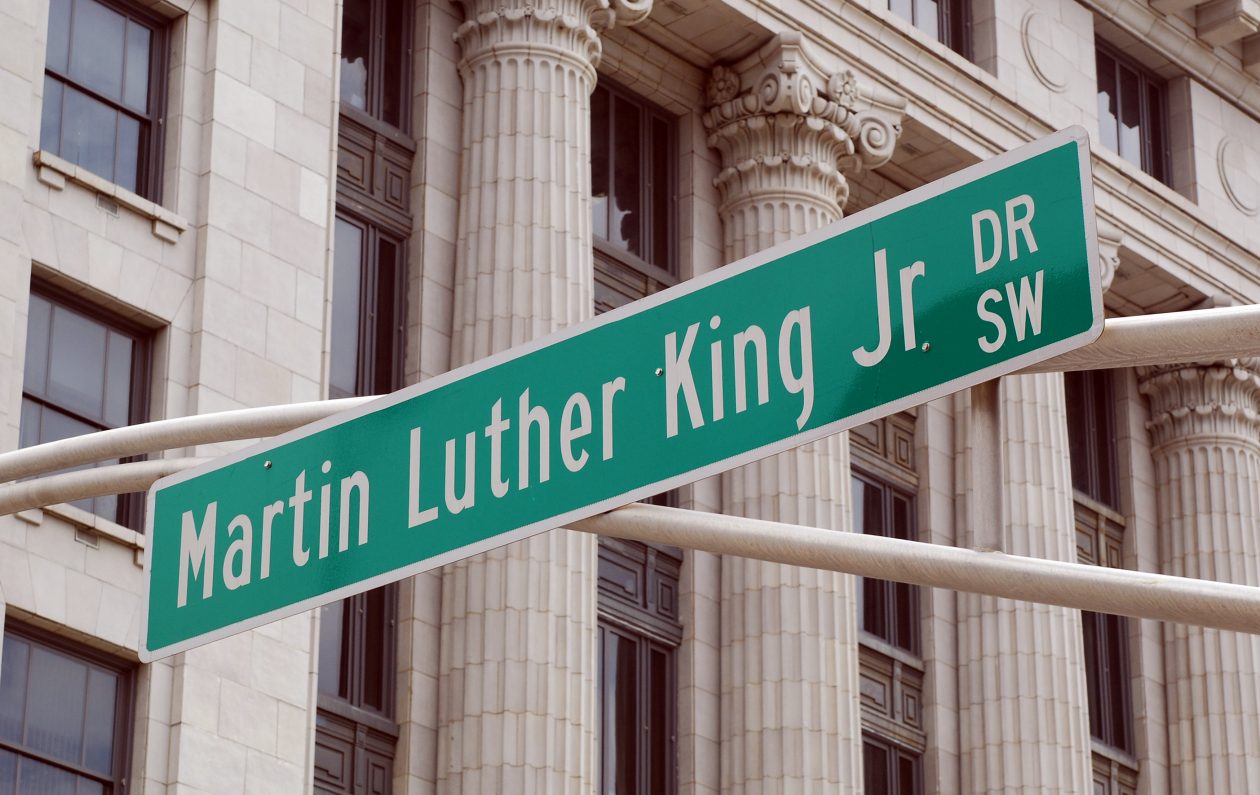 The Christian preaching of Martin Luther King Jr. didn’t merely inspire a congregation, which would be no small task; it inspired a movement, the Civil Rights Movement. It wouldn’t be a stretch to assert that King’s preaching was a primary initiator of social transformation in America during the 1960’s.

Although the zenith of King’s preaching sits on a mountaintop that is more than a half century in the distance behind us, there is so much that contemporary preachers can learn from “the Preacher King” and employ today. And, who knows, maybe the Holy Spirit will use our preaching, like he did King’s, to bring about the social transformation so many of us crave.

Whole volumes have been written on the powerful preaching practices of King. Most of those are worth the time and money. In this brief article, however, I will sketch out only four of those practices. We will explore how these practices are evident in King’s Dream Speech, in particular, but they are unmistakably mixed into the corpus of his best sermons.

King was a man of his time. He had a pulse on what was going on in his congregation, community, region, nation, and world. One gets the sense from hearing King preach that he thought and prayed long and hard about how a given biblical text or topic might intersect with the hopes and hurts of people in his day and age. Sermons, at least the best ones, are not only true to the biblical text but to the contemporary context in which they are proclaimed. One of the ways to tell that a sermon is highly contextual is that it will not be nearly as powerful if preached the same way in a different context.

King preached powerfully to the historical situation of his day. In the “I Have a Dream” speech he said, “It would be fatal for the nation to overlook the urgency of the moment.” King himself discerned the “urgency of the moment” in his contextual preaching. He read broadly, conversed with a diversity of people, and, then, put the Gospel in a contextual container from which the people of his day could drink.

After you exegete the text for the sermon, spend a faithful amount of time prayerfully reflecting on how the text intersects with what is going on in the lives of people in your congregation, community, region, nation and world. Your best illustrations and applications will surface from this interface between text and context.

Most college and seminary professors “preach” to students about the laziness and ineloquence of repetition in academic writing. “Don’t say the same thing the same way twice,” they beg. Perhaps that’s a wise practice for writing, but not for preaching, as King proves. He carefully crafted and repeated mantras with significant impact. The most famous mantras from the Dream speech are, “I have a dream” and “let freedom ring.” These mantras still evoke passion and reflection today. Another mantra in the Dream speech, and one that doesn’t get as much notice, is “we can never be satisfied” with the status quo of segregation.

When you finish writing your sermon, read through it several times looking for a phrase or sentence that captures the essence, or focus, of the sermon. Then, identify the best locations in the sermon to repeat the mantra. There is no hard and fast rule regarding how often to repeat the mantra, but 4-6 times in rapid succession or 7-10 times spread out are good rules of thumb.

King had the capacity, like the Christ he proclaimed, to speak hard truth with delightful grace. Jesus “came from the Father full of grace and truth” (John 1:14), and all truly Christian preaching will embody the same. King courageously challenged the injustices of his day without softening the blow of his words. He voiced in the Dream speech:

King challenged but also found a way to connect with people on the opposite side of an issue from him. Although many whites and some blacks didn’t agree with his message or tactics, they could not deny, and were often won over, by King’s winsomeness. Here is a snippet of winsome grace from the Dream speech:

“And when this happens, and when we allow freedom ring, when we let it ring from every village and every hamlet, from every state and every city, we will be able to speed up that day when all of God’s children, black men and white men, Jews and gentiles, Protestants and Catholics, will be able to join hands and sing in the words of the old Negro spiritual, “Free at last! Free at last! Thank God Almighty, we are free at last!”

As you read through your upcoming message, ask yourself “Does this need more grace or truth, more winsomeness or challenge?” Then, add a dash of either or both. Your delivery demeanor may also need one or the other or both. Watching the delivery of your sermon, as painful as that may be for some of us, can reveal if we need more grace and/or truth.

King was a master of imagery. He used the metaphor of a dream, a mountaintop, and a bad check in his Dream speech. King found a way to concretize concepts so that they were hard to forget. Metaphorical imagery imprints ideas on the heads and hearts of human beings. King knew this and employed it with noteworthy impact.

So much of what we preach about is conceptual at best and downright esoteric at worst. Listeners often get lost in a sea of ambiguous ideas. We flesh out these ideas with metaphorical imagery. King could have simply said, “We have come here today to seek our inalienable rights as American citizens.” Instead, he used metaphorical imagery:

As you write your next sermon, think of metaphorical imagery you can employ to concretize the concepts, and ground faith in the realities in which people “live, and move and have their being.”

Is there metaphorical imagery from sports, science, marriage and family, dating, elementary school, the medical profession, your last trip to the dentist, shopping at the mall, or from any arena of life that will align tightly with the thrust of your sermon? Employ a metaphor and watch your sermon come to life for people.

Lenny Luchetti is Associate Professor of Proclamation and Christian Ministry at Wesley Seminary at Indiana Wesleyan University in Marion, Indiana.

Lenny Luchetti
You do not have any posts.