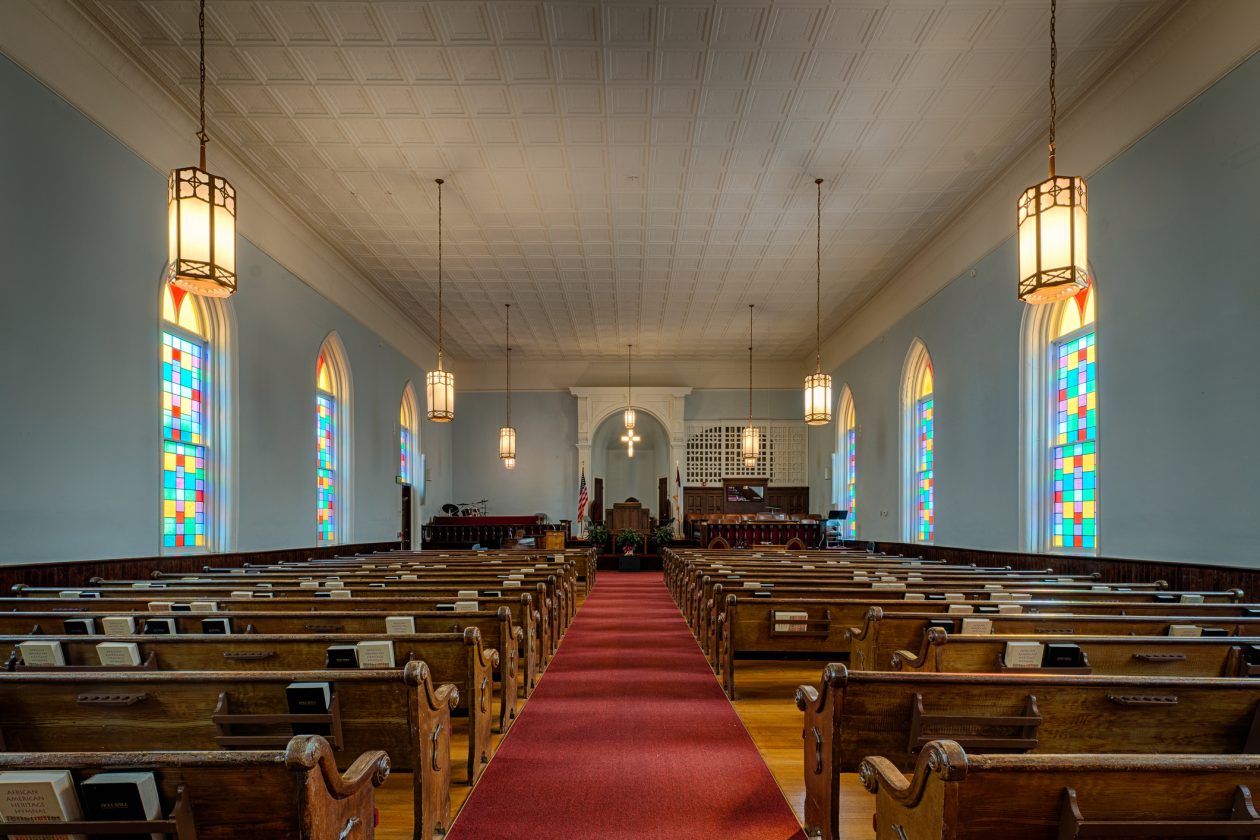 Dr. Charles Edward Booth was a revered pastor, homiletician, prophetic preacher,
scholar, author, and mentor to many. Known for his dignified manner, towering stature,
impeccable dress, and sonorous baritone, Charles Booth was destined to be a preacher.
His passion for proclaiming the gospel and surety of call was so evident to him that he
never knew a time when he did not have the desire to preach.

Though highly respected as one of the most traveled revivalists of the late 20th
and early 21st centuries, addressing countless laypersons across the world, Charles Booth
was a “Preacher’s Preacher.” His fire baptism in the African-American preaching
tradition forged his commitment to biblical exegesis, sermon preparation, poetic
language, historical recollection, and vibrant proclamation. With these homiletical
hallmarks – coupled with his capacity to effectively implement Aristotle’s three modes of
persuasion: logos, pathos, and ethos, in preaching – Charles Booth was peerless. The
manner in which his preaching embodied all of these characteristics certified his genius.

Charles Edward Booth was born in Baltimore, MD on February 4, 1947, to Hazel
Willis Booth and William W. Booth. He spoke specifically and fondly of his mother, how
she nurtured him in the Christian faith. At 14 years of age, Booth informed his mother
that he was called to preach. After his profession at such a tender age, he recalled his
mother slapping him and telling him not to play with God for Hazel Booth took seriously
the call to preach and required her son to do the same. But on the second time he told his
mother about his call she, sensing his sincerity, instructed him to talk to their pastor.

At the age of 17, on October 16, 1964, a few months after graduating from
Baltimore City College High School in Baltimore, MD, Booth preached his first sermon
at Enon Baptist Church in Baltimore, the church of his birth and rearing. Booth possessed
a high admiration for his childhood pastor, Rev. Dr. Arthur J. Payne, who both licensed
and ordained him to the gospel ministry.

He often spoke about how he would watch his pastor enter the pulpit at Enon and
fall on his knees before sitting in his pulpit seat. In that early stage of ministry, Booth
solicited an explanation from his pastor about this pulpit ritual, to which Payne
responded, “I never feel worthy to preach the Gospel of Jesus Christ. So I fall down on
my knees to ask the Lord’s forgiveness of my sins so that He might anoint my feeble,
imperfect lips of clay to preach His perfect Word.” This kneeling ritual deeply resonated
with Booth and became his customary practice throughout his preaching career.

Payne instilled in Booth the importance of a seminary education for he believed
that a call to preach meant a call to prepare. Following high school Booth enrolled in
Howard University. After Howard, he attended Crozer Theological Seminary but
discontinued when it merged with Colgate Rochester Divinity School. Following his time
at Crozer he journeyed to Philadelphia, where he earned a Master of Divinity degree from
Eastern Baptist Theological Seminary.

While a seminary student Booth was called to serve as pastor of St. Paul’s Baptist
Church in West Chester, PA where he faithfully served from 1970-1977. His ministry at
St. Paul’s was the necessary training ground for what lay ahead. In 1978 Dr. Booth was
called to the Mt. Olivet Baptist Church in Columbus, OH, where he served as the
congregation’s senior pastor until his death in 2019.

During his tenure at Mt. Olivet, Booth earned a Doctor of Ministry degree from
United Theological Seminary in Dayton, OH, where he would later serve as a respected
member of its board of trustees. Dr. Booth was a beloved mentor to preachers because he
himself drew from the deep wells of wisdom of many pulpit masters. From his childhood
pastor, Arthur Payne, he gleaned the necessity of cultivating the heart of a shepherd in
both pastoral ministry and preaching. By observing the ministry work of the Rev. Dr.
Martin Luther King, Jr. he acquired a love for the beauty of language and established a
high regard for prophetic preaching. The Rev. Dr. Gardner C. Taylor’s effective use of
poetic cadence in pulpit oratory, as well as his rich grasp of history and tie to
contemporary culture, left deep impressions on his approach.

Beyond these clerics, he gained a love and appreciation for the African-American
preaching tradition, and the blending of pastoral ministry and scholarship from great
African-American preachers such as J. Pius Barbour, Harold A. Carter, Sr. and Amos C.
Brown.

Perhaps most instrumental to his formative shaping as a national preacher was
the tutelage he received from the highly regarded homiletician Dr. Samuel DeWitt
Proctor, who intellectually mentored him during his days as a doctoral student at United
Theological Seminary. Dr. Proctor exposed him to a dialectical method of preaching — a
method of preaching derived from the writings of nineteenth-century philosopher Georg
Wilhelm Friedrich Hegel. Hegel maintained that the world is in a dialectic process and
that the absolute, nature, and thinking of humans, by necessity, constituted dynamic
interaction. Hegel contended that in the ebb and flow of human history there is a season
of progress, which he defined as the thesis, that is, the absolute is pure being. This season
of progress is met by an opposing force or forces known as an antithesis, that is to say,
the absolute is nothing. Hence, out of the struggle and conflict created by the thesis and
antithesis a synthesis or resolution of the struggle’s forms, meaning the absolute is
becoming.

When employing this construct as a method for preaching, once a text and subject
have been selected a proposition must be made by the preacher. The proposition is a onesentence statement of what the sermon is about. This one sentence must be fixed in the
mind of the preacher so that the preacher does not meander in sermon delivery. Hegel’s
method is employed with the establishment of the thesis and antithesis once the
proposition is shaped.

Finally, the conclusion of the sermon is an outgrowth of the synthesis, in which
the last point of the synthesis is the point of crescendo. This dialectical process is the
foundational method Booth used for sermon construction.

Behind every sermon Booth preached were two documents, a full outline and a
manuscript. Although he preached extemporaneously, he insisted on writing a full
manuscript. Booth believed writing the sermon out gave him precision of detail and
clarity in organizing his thoughts. Whether a sermon was delivered extemporaneously or
with a manuscript was inconsequential to Booth. What mattered was that every sermon
be thoughtful, organized, passionately delivered, and clearly articulated.

To examine Booth’s preaching is to see that he possessed the unique ability to
wed biblical truth with social justice.ii In the spirit of the ancient prophets who addressed
the ills of society, when one analyzes the African-American preaching tradition that
shaped him, one encounters a preaching tradition that concerns itself with and focuses on
the social conditions of black people and society’s most vulnerable. Charles Booth
maintained a standard of preaching that refused to divorce scripture from the
contemporary situation. Adherence to this standard is epitomized in all of his sermons.

Booth’s preaching ministry embodied homiletical fluidity. In other words, he was
a narrative preacher who used the dialectical methodology in a didactic manner, from a
prophetic lens with an eschatological vision.

What can we learn from the life and preaching of Charles Booth? His homiletical
prowess demonstrates the crucial importance of preparation and organization in
preaching. His commitment to the dialectical method challenges every preacher to secure
a clear, logical structure with a narrative flow of ideas. Booth frequently stated, “the
people who listen to us preach deserve the best of our study and preparation.”

Anyone who listened to Booth preach, witnessed a confluence of these ideals in
his preaching. His preaching was multidimensional. Booth conveyed in the art of his
preaching that one can be methodical, didactic, and prophetic while at the same time
demonstrate African-American preaching distinctives such as vivid storytelling, poetic
verse, captivating imagery, and musical sound, to name a few.

We learn from this prince of preachers that a well-planned, systematically
organized written sermon does not have to be stale or cold. Another lesson his preaching
teaches is that the preacher must walk up and down the corridor of a text, employing
careful exegesis to see how the text relates to one’s preaching context. If the preacher
fails to do this, he or she will run the risk of either missing God’s message or missing the
people’s need or both. In listening to Booth preach one learns how not to miss God’s
message or the people’s need. He preached not simply to help people survive a difficult
world, but he aimed to remake the social and cosmic worlds so that the divine purposes
of God become manifested in all things created.

Pastor of the St. Paul’s Baptist Church in West Chester, PA and
Jeremiah A. Wright Associate Professor of Homiletics and Liturgics at United Lutheran
Seminary at Philadelphia